Unlucky Designers!
Rare coincidences are NOT so rare!

"I've seen this idea before!... this guy must've copied it from that one!"
How many times you've thought like this looking at an idea?

In the pre-internet era (read 'when we were smaller') the scenario was completely different. Although we heard stories about something being a copy of something else, it had never been an everyday incident.

Now that the internet is here, our exposure to the idea pool has drastically increased. A few minutes on Yanko, Core77, or FFFound brings you millions of interesting things to look at; ponder over! It seems every day or the other you stumble upon an idea that you had seen before.

And when you press that small 'LIKE' button down there, it's spread like wild-fire in your 'social circle'! Information spread has gone ultra-super-duper-fast now!

Many a times eh!

So,
May be It's time to rethink!
May be those are NOT copied, or not even 'inspired'...
May be it's just a COINCIDENCE!

We never realized that coincidences are NOT so rare!
Until we got to see plenty of those on the internet!

We are all the same buddy... differing just by a fraction of wirings inside the DNA or whatever! We do think alike!

So the key lies in being the first!
But you know what, being first is NOT in your control!
It depends up on whether anyone else had thought about it before you.

So publish your ideas as soon as you get them.
And never ever Google your idea to see whether anyone else have thought of it before. Because, the chances are, there will be plenty!

But still, whenever I see something on the internet that I had thought about already, a fireball comes up in my stomach!
Let me be honest... that fireball hurts!

Giving you some examples of such fireballs...

1: The Recycled Visiting Card
When I started creating my own visiting cards out of recycled wedding cards and christmas cards by using a rubber stamp, I thought it was an awesome idea! Well, for that matter, even now I consider it as an awesome idea and I believe that I was so lucky to have that idea clicked in my mind.

But later, I realized... It's not just me who had thought of the same idea. People think alike!. And Andrea Romani, an environmental consultant had also come up with the same concept. (link here) 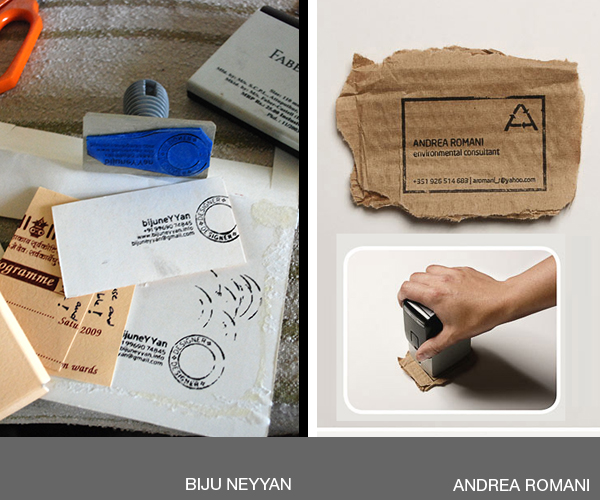 I first made this product by accident way back in 2007 (or 2006?) when I was fiddling around with that junk CD drive that I got from a junk collector’s truck in IIT. And from that day onwards these clocks had always been there with me on my desk, or on the wall.
And of course, later I realized that it's not just me... there are many... for example, Joe from GeekyGear had done the same idea! in fact, he's even selling it! 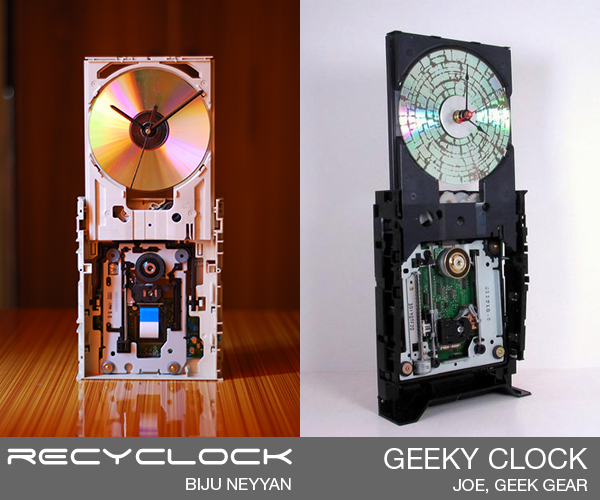 Yup, the truth is... that we're not alone!
I'll windup with the facebook status that I had updated a few days back:
"Many think alike n create designs. But sadly, the one who shared it first on the internet becomes the creator and everyone else a copy-cat!"
Be quick!.. post yours NOW!
Posted by bijuneYYan at 11:26 AM